skip to main | skip to sidebar

With immediate effect, Jim and I regret to say that we have decided to disband the Classic British Kits USA Special Interest Group.

As founders and organizers of the SIG, neither of us has had the proper time to devote to this and this is not likely to change in the foreseeable future, while neither of us feels that there has been sufficient interest from other members to allow it to be carried on by someone else. After much thought and consultation with John Ratzenberger, we have therefore decided to call it quits. It is also regrettable that, aside from John, IPMS/USA is not a SIG-friendly environment.

We'd like to thank those of you who have supported the SIG over these past couple of years, but we would like to remind members that the Classic British Kits UK is a very active SIG, and would appreciate your support in whatever manner you can provide. Jim, John, and I have, and will continue, to support CBK/UK. 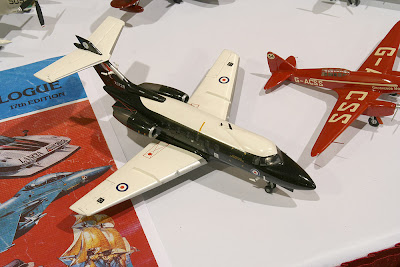 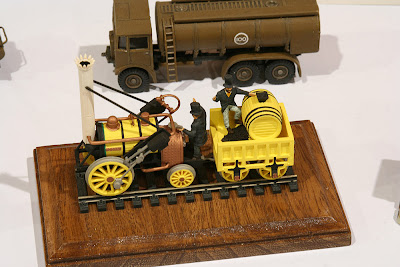 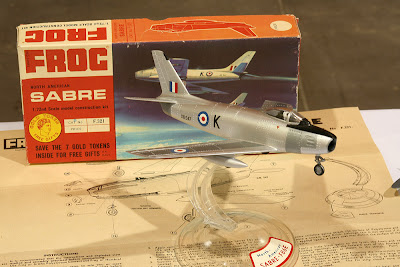 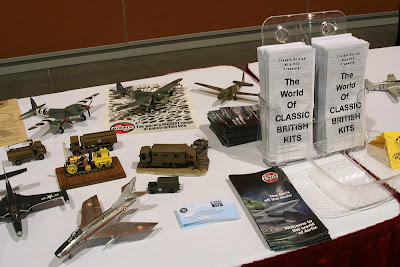 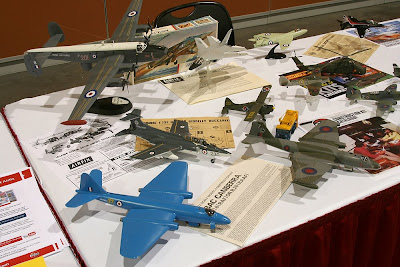 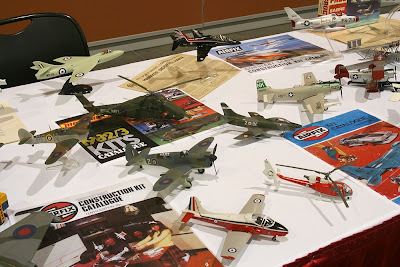 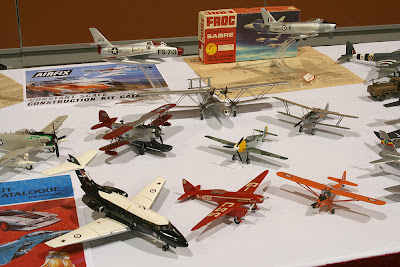 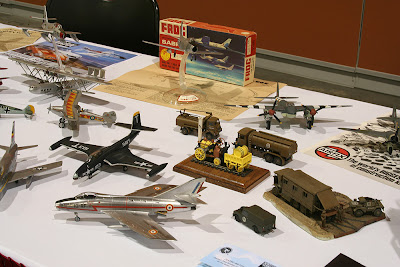 Mr. Bradley will be along soon with a full report from Phoenix, but until then we have a few pictures of the Classic British Kits Display Table taken by Mike Grant.
Posted by CBK SIG at 4:58 PM 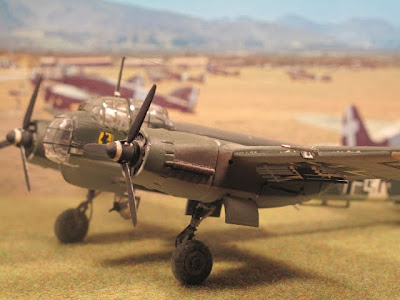 In case you're wondering, I tried using a background from the book Wings of Italy, which is full of WWII color photos. I thought it turned out okay. 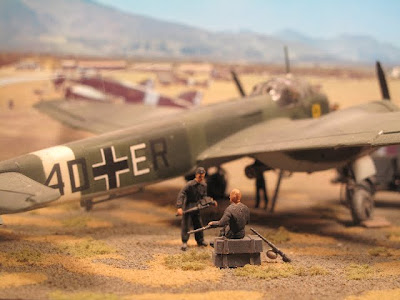 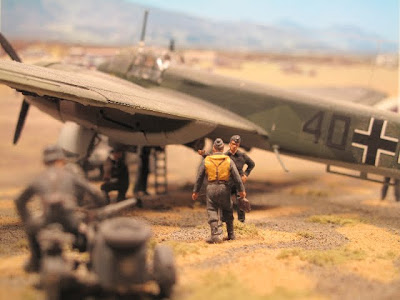 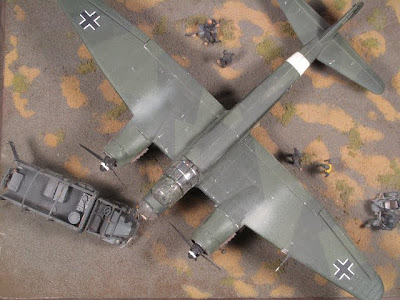 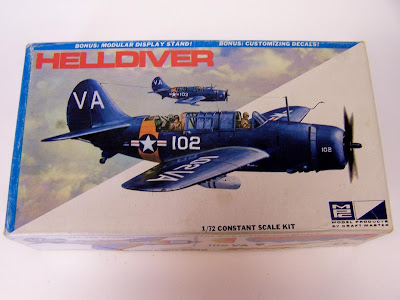 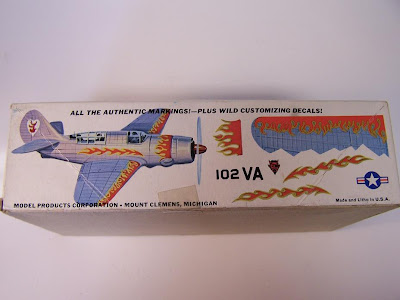 I recently obtained a Classic British Kit in the form of the MPC release of the Curtis Helldiver. Of interest is the boxart with a very light colored border including a side shot of what is offered in the box. Yes, you can build a stock Airfix Helldiver, but also do a "Hot Rod" version with custom flame decals. 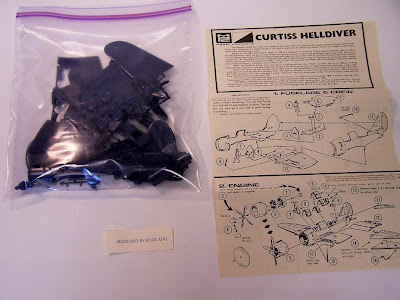 Inside the box is the standard Airfix 1/72 Helldiver, an instruction sheet, and a little tab offering "Moulded in England." Can you get any more CBK? What amazed me is that included in the box was a display stand with room to add more MPC/Airfix kits to it and a clear plastic disk to show your model in flight. Really cool. 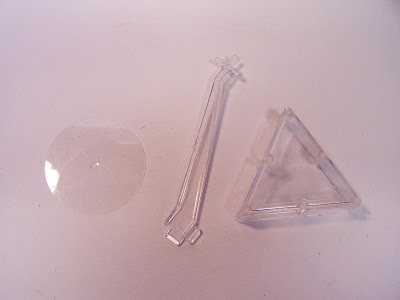 Older modelers will remember that MPC re-issued several Airfix kits with custom decals, the Mig-21 being one. But for newer members of the CBK clan, this just might be interesting.
Posted by CBK SIG at 11:24 AM 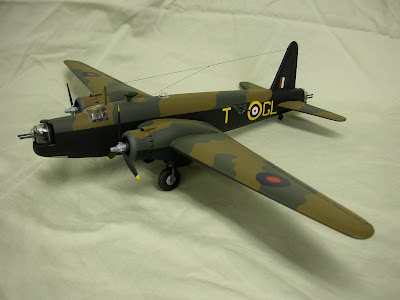 The Airfix Handbook - A book review by Jim Bates 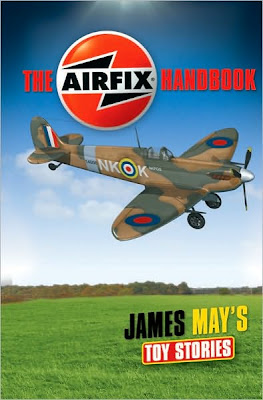 Ostensibly this slim volume is a tie in to the recent James May Toy Stories television show. However, it also functions as a short and sweet Airfix history and a good reason to never judge a book by its cover. (Ouch, is that ever a ugly cover!)

This small format hardback opens with a short history of Airfix drawing much inspiration from the Arthur Ward books, a short photographic tour of molding defects, some Roy Cross boxart, and a listing of all Spitfire kits issued by Airfix. We then have a modeling tip interlude by Chris Ellis on "10 things I wish I known when I was 10" before we get into Mr. May's project to create a 1/1 scale Airfix Spitfire. Obviously this project was better illustrated on the TV show, but it still an interesting read. Sprinkled throughout this section of the book is a short chapter on making a war movie out of Airfix tanks and a listing of the "10 Airfix kits every modeler should build." (I would quibble with the choices and suggest that most of the kits listed as honorable mentions (the 1/72 Pup, Lancaster, Vulcan, and Hurricane), should be on the main list, but isn't that what these kind of lists are for...disagreement?) Finally the book wraps up with a short build of the newer Spitfire XIX by Jonathan Mock, and, again drawn from the Ward books, a listing of Airfix kits issued year by year.

This is far from a definitive history of Airfix, but a quick and enjoyable read written by an Airfix fan. Fun.
Posted by CBK SIG at 6:33 AM

CBK SIG at the IPMS/USA Nationals

In less then one week, the IPMS/USA Classic British Kits Special Interest Group will make its first official appearance with a display table at the IPMS/USA Nationals in Phoenix. Manning the table will be SIG Co-Leader Paul Bradley. (Sadly the other SIG Co-Leader, Jim Bates, will be MIA and unable to attend.) Come by and see the display, speak with Paul, and please being any CBKs you wish to display on the table. The more models the merrier!
Posted by CBK SIG at 9:49 AM